We are a leading firm of multi-disciplinary commercial property surveyors based in Guernsey.

We have a team of qualified Chartered Surveyors, with the full range of knowledge and expertise to advise our clients on how best to maximise their property holdings, across all sectors of the commercial market. 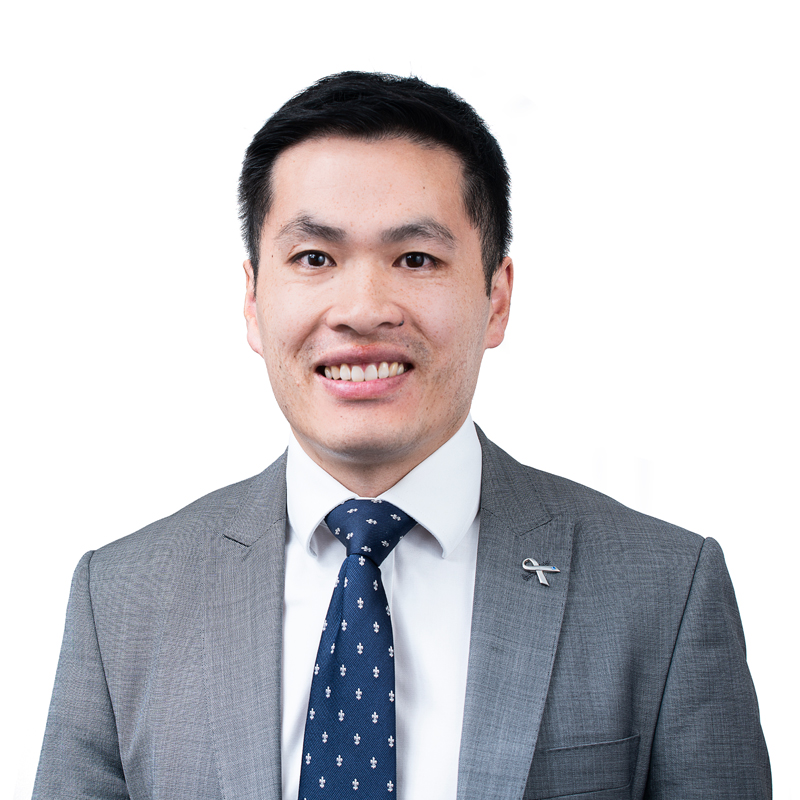 Wing graduated from the University of Exeter with an Upper Second Class degree in Geography and subsequently went to Oxford Brookes University where he completed a Masters in Real Estate Management. He has since worked in the commercial property sector, initially at Bruntwood, one of the largest commercial property owners and developers in the North of England.

In 2010, he returned to his home island of Guernsey where he is instrumental in developing Watts Property and the services it offers to its clients. With over ten years of experience in the commercial property market, Wing has extensive knowledge in all sectors and across all disciplines including agency, lease consultancy, property management and valuations.

In his spare time, Wing enjoys an active lifestyle which includes Crossfit, offshore rowing and representing the island in Touch Rugby. Wing is also a former President of the Guernsey Young Business Group. 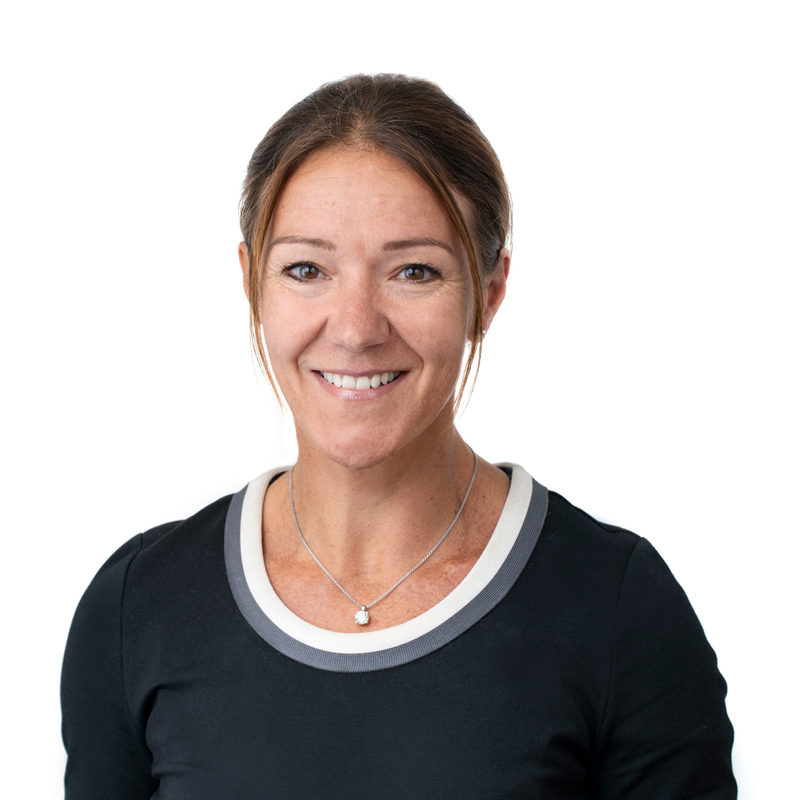 As founder of Watts Property Consultants, Joanna has worked in Guernsey's commercial property market since June 2004. She previously graduated with a first class honors degree in Land Economy from Cambridge University in 1995, being awarded the Prize for Best Performance, the RICS Valuation Prize and a Final Year Scholarship. Following her graduation, she worked in the Investment Agency Department at DTZ in the West End, qualifying as a Chartered Surveyor in 2006.

Joanna's wide range of expertise includes investment agency and lettings, commercial property management, rent reviews, lease advisory and professional work.  In addition, she is able to provide valuation, landlord and tenant, development and planning advice.  She is also now regarded as Guernsey's most prolific agent, selling £100m of investment property in 2017 alone.  She also sits on the RICS President's Dispute Resolution Panel as an Arbitrator and Independent Expert and acts as an Expert Witness, with particular expertise in the office market.  She has a strong track record amongst industry professionals and is highly regarded for her thorough approach and her technical skill and ability.

In addition to her day to day work, Joanna is a member of the Chamber of Commerce’s Land Use and Planning Subgroup.  Until 2018 she was also Secretary to the Guernsey Branch of the Institute of Directors, organising its highly successful Management Shadowing Scheme.

She also enjoys endurance sports. As well as representing Guernsey in the Commonwealth Games in 2014 for cycling, she holds course records for the prestigious Sark to Jersey Rowing Race, the Round Island Rowing Race and, until recently, the off island record for the 25 mile Cycling Time Trial. 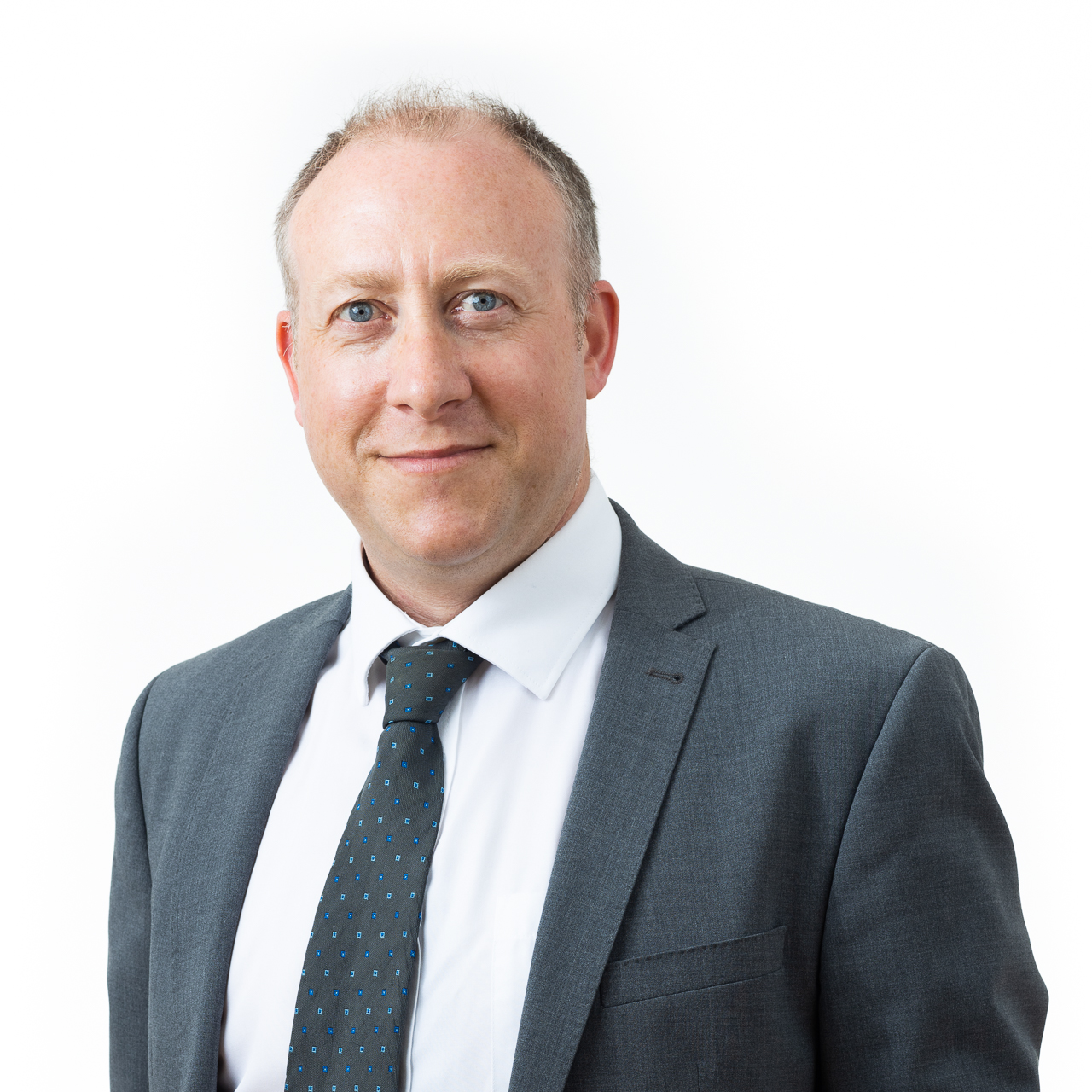 Mark has worked in Guernsey as a building surveyor since 1994. Previously, he graduated from UWE, Bristol with a BSC honours degree in building surveying and facilities management.  Following this he worked for a national company of surveyors and architects until 1999 during which he qualified as a chartered surveyor.   As a RICS Registered Valuer, he also has extensive experience in residential market valuations and is also able to undertake RICS Homebuyers reports.

After 18 months living and travelling abroad, Mark returned to Guernsey and operated as a sole practitioner surveyor until 2015 and then became integrated with a local surveying company before joining Watts Property Consultants Ltd.

Mark is married and a father of two daughters.  He is a qualified coach, APC supervisor, active with a number of local charitable organisations and has interests in meteorology and ecological design.  He has also won an award for his photography.  Presently, much of his spare time is taken up refurbishing the family home.

Client Testimonial
"Oracle Finance has worked with Mark for over 15 years on residential surveys and valuations and we have always found him to be professional and approachable.  We have been particularly impressed by his proactive approach in assisting our clients, wherever possible."
Conor Burke, Oracle Finance 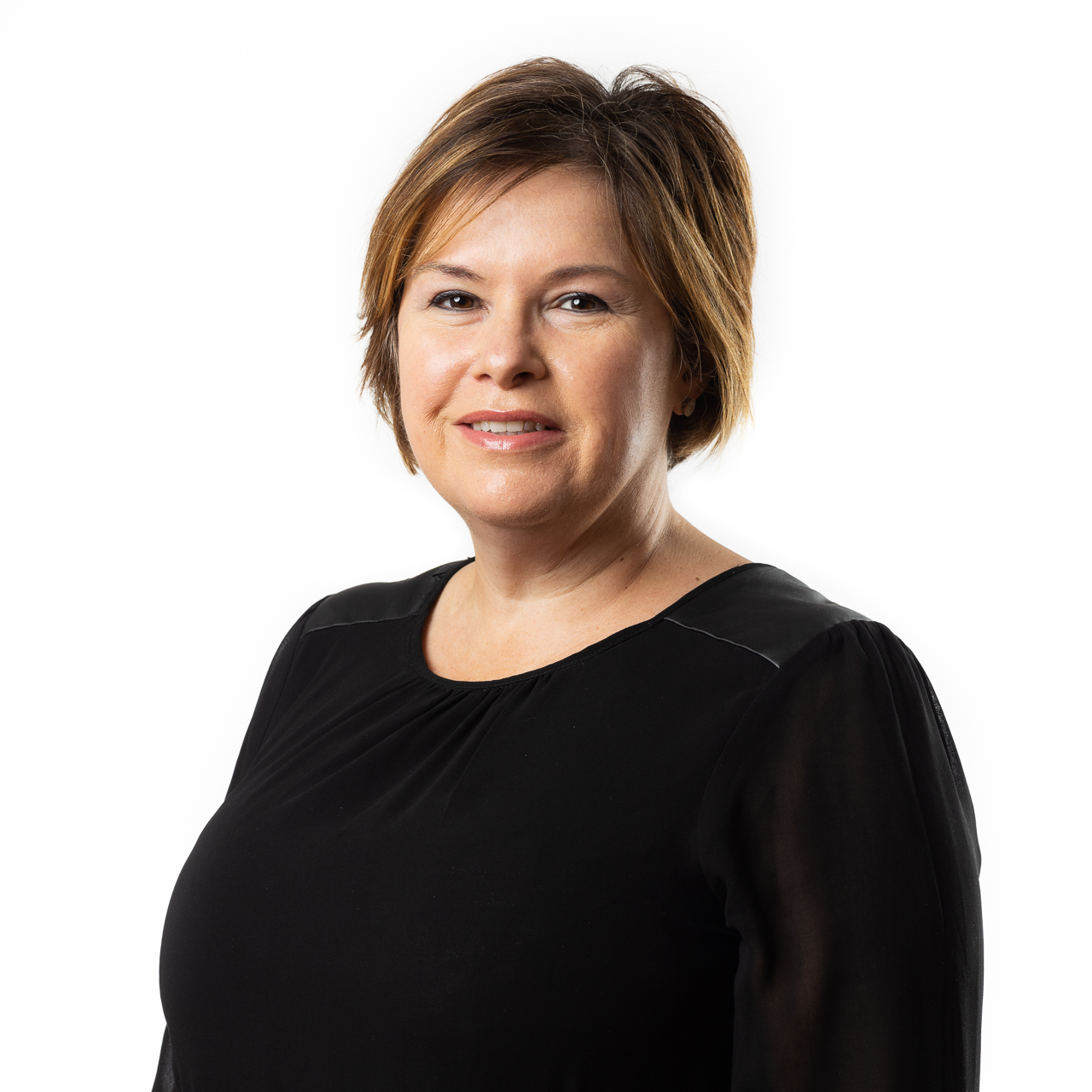 Having recently immigrated from South Africa, Teresa has 25 years industry experience ranging from property management to senior asset management with leading listed property funds, including Growthpoint, the largest REIT in the country. She has a strong understanding of property fundamentals with extensive knowledge in all sectors and a credible history of success in complex lease negotiation, lease restructuring and valuations.

Teresa is well respected in the industry across the value chain of brokers, property managers, tenants and competing landlords and has sat on the board of directors for multiple council improvement districts.

In her role at Watts Property, Teresa heads up the Property Management Department to maximise value for our clients and to ensure it is running smoothly and effectively.

In her spare time she loves to travel and the opportunity to embrace diverse cultures and architecture. 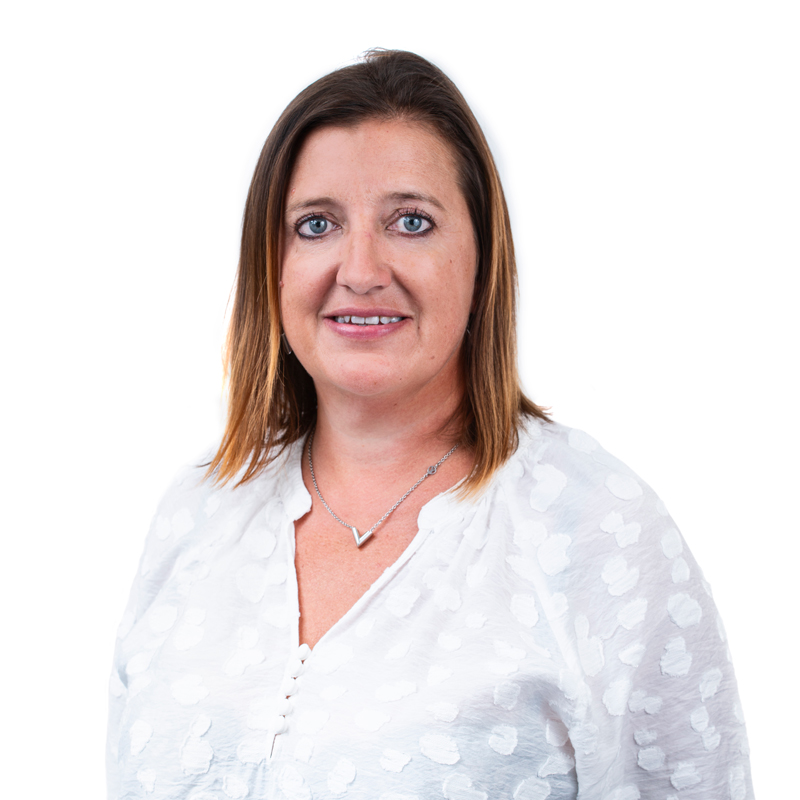 Viv joined Watts Property Consultants having worked in BDO Reads' Audit and Offshore Department for seven years and run her own business for ten. Having previously studied ACA accountancy qualifications, she plays a vital role ensuring the smooth operation of all aspects of Watts Property’s financial and administrative affairs.

Having previously run her own company, Viv has also had significant experience of providing property management, book-keeping and administration services to a range of clients, including Investment Companies, Property Management and Development Companies. She is a highly capable individual and is key to ensuring the firm's interests and those of our clients are cared for in a correct and professional manner. 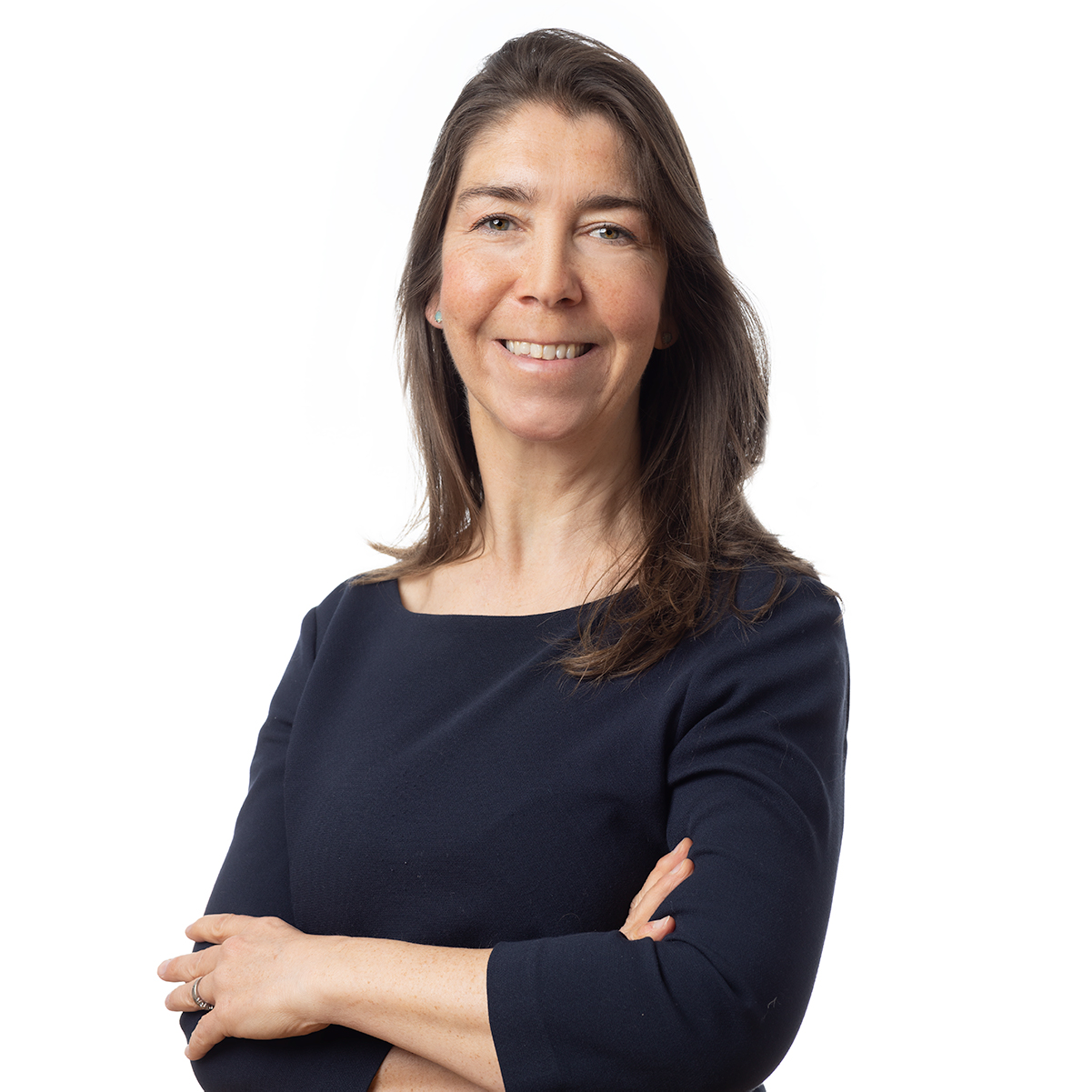 Vicky graduated in 1993 from Reading University with an Upper Second Class Honours Degree in Land Management.  She went on to qualify as a general practice Chartered Surveyor whilst working at Jones Lang La Salle in London’s West End - latterly as an Investment Surveyor for La Salle Investment Management.   In 1999 Vicky took 6 months out to travel around the world including South America and South East Asia.  Upon her return Vicky worked for Chartwell Land in the West End of London firstly as a Portfolio Manager of a high street retail property and latterly as an Asset Manager of an out of town retail property.

Vicky has worked as a surveyor in Guernsey since 2002 undertaking all aspects of general practice surveying.  In recent years Vicky has taken a career break to raise her family.  She is married with three young children. 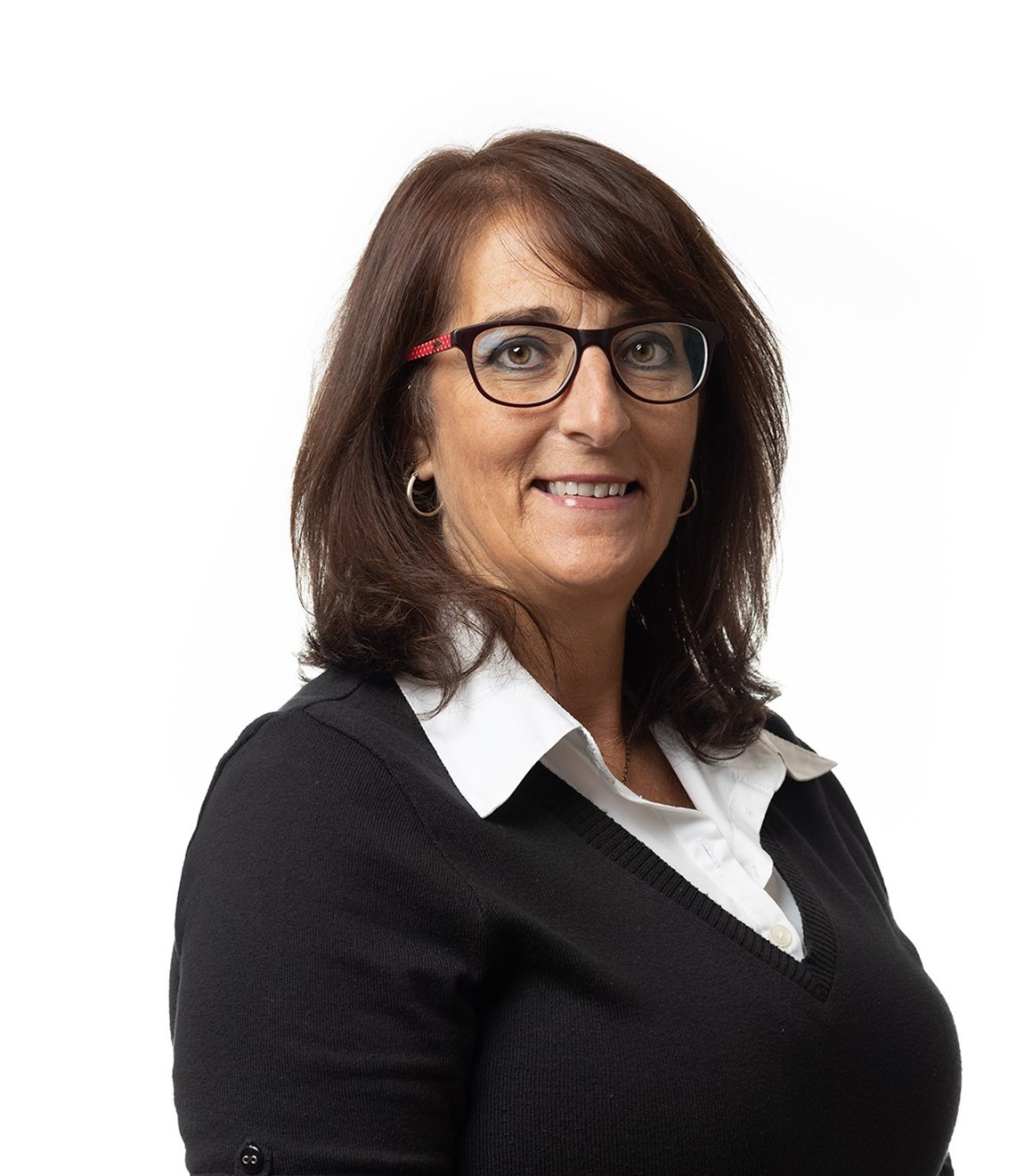 Fran has been involved in the Island’s property sector for over twenty five years. She started her career in local real estate as a lettings negotiator and has subsequently spent many years as a local market sales negotiator. During this time she achieved a Diploma in Surveying Practice.

More recently, Fran was a property manager at a local commercial estate agency where she was responsible for a large portfolio of properties. She was involved in several office renovation and refurbishment projects as well as managing multi tenanted buildings and smaller residential properties. She also applied her strong organisational skills by undertaking the management of the day to day administration duties of the office and implementing new initiatives to expand the business.

As well as Fran’s wealth of knowledge in the property market, she has strong administration and customer service skills. She has a friendly and approachable manner and is always keen to find a solution to any problem as quickly and efficiently as possible. 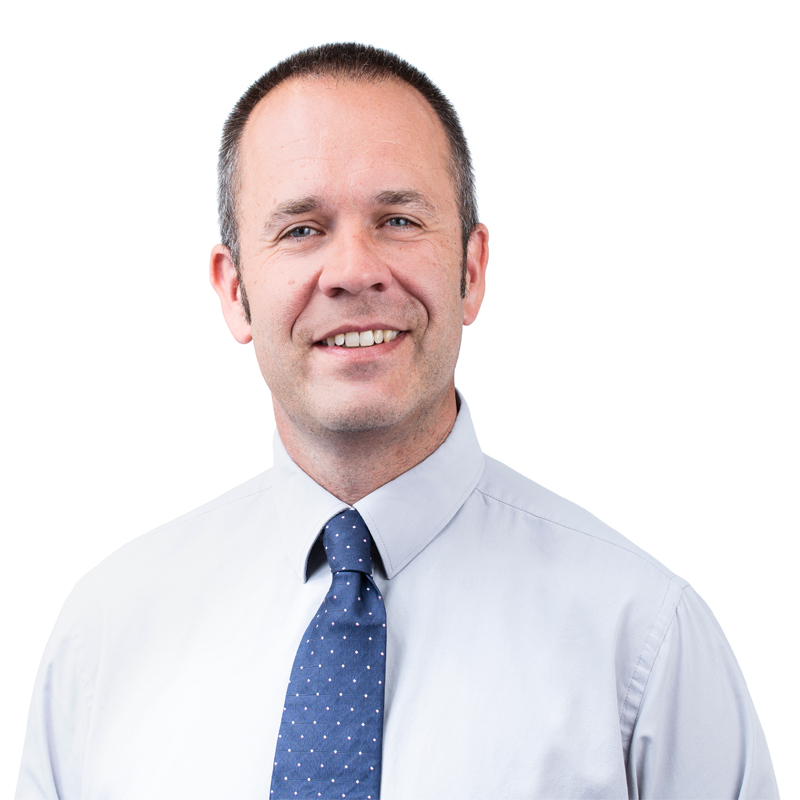 Neil is locally born and educated.  He started his working life at Woolwich Guernsey Limited as the fourth member of the team back in 1992 and progressed through the ranks to assistant manager, having worked there for a total of thirteen and a half years.

A dramatic change of career in 2005 saw Neil move to local law enforcement.  He was there for nearly nine years, where he gained many qualifications and a tremendous amount of experience managing complex cases and dealing with a wide variety of people.

Bringing all of this to Watts Property Consultants, Neil is also extremely practical, having previously renovated his own properties.  Neil is an enthusiastic and dedicated member of the Watts Property team and is married with four children.  He is also a keen fisherman in his spare time. 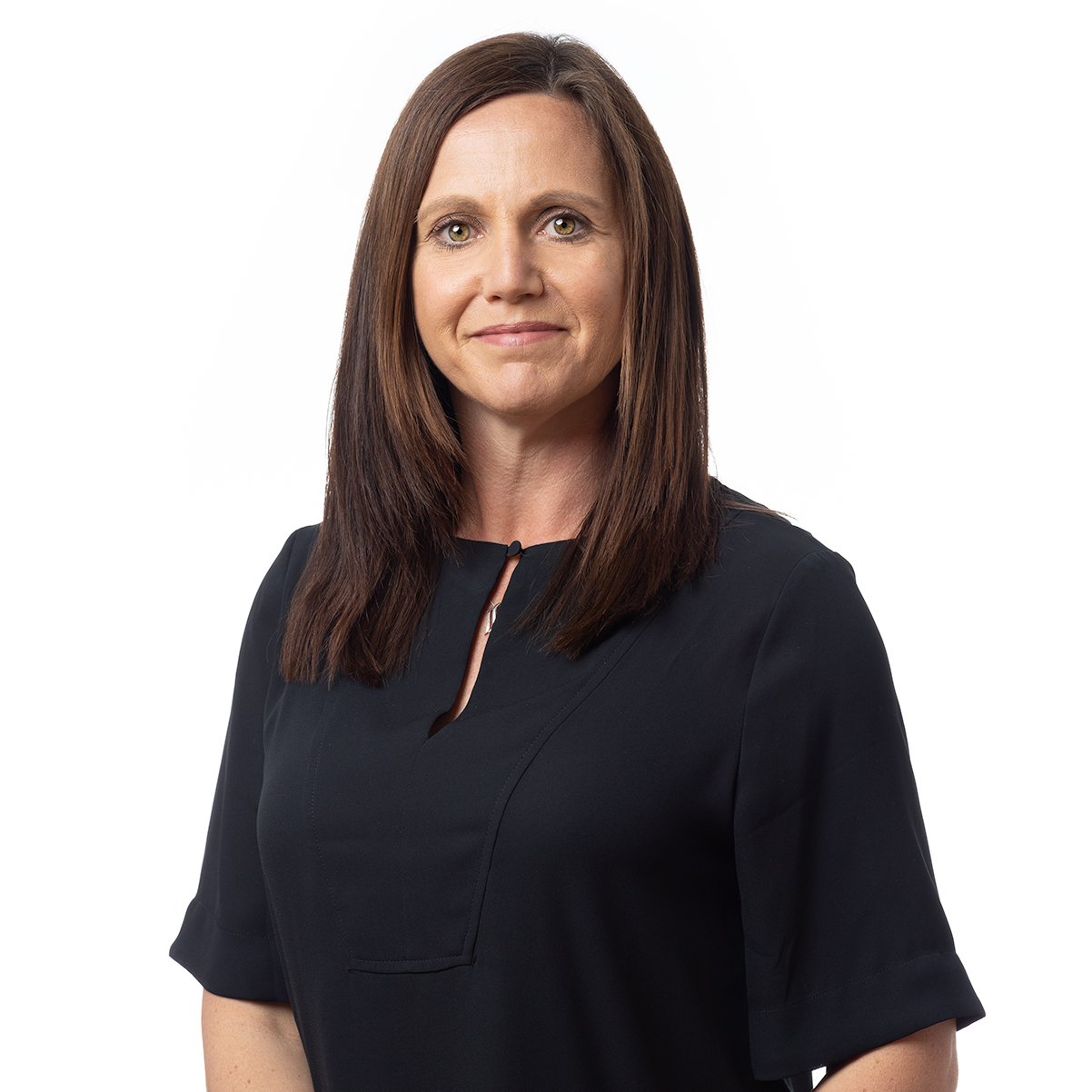 Lorraine began working in the property industry as a secretary over 20 years ago, since then she has experienced all aspects of the property market. Her focus has mainly been on the residential side of the business both in sales and rentals and she spent many years managing a large portfolio of residential properties.  More recently she has worked on a portfolio of both commercial and residential properties and is looking forward to assisting the property management team at Watts.  In her spare time, she enjoys exploring the beautiful coastlines of Guernsey with her family and visiting the neighbouring Islands on their family boat. She also enjoys sea swimming all year round but prefers the summer months. 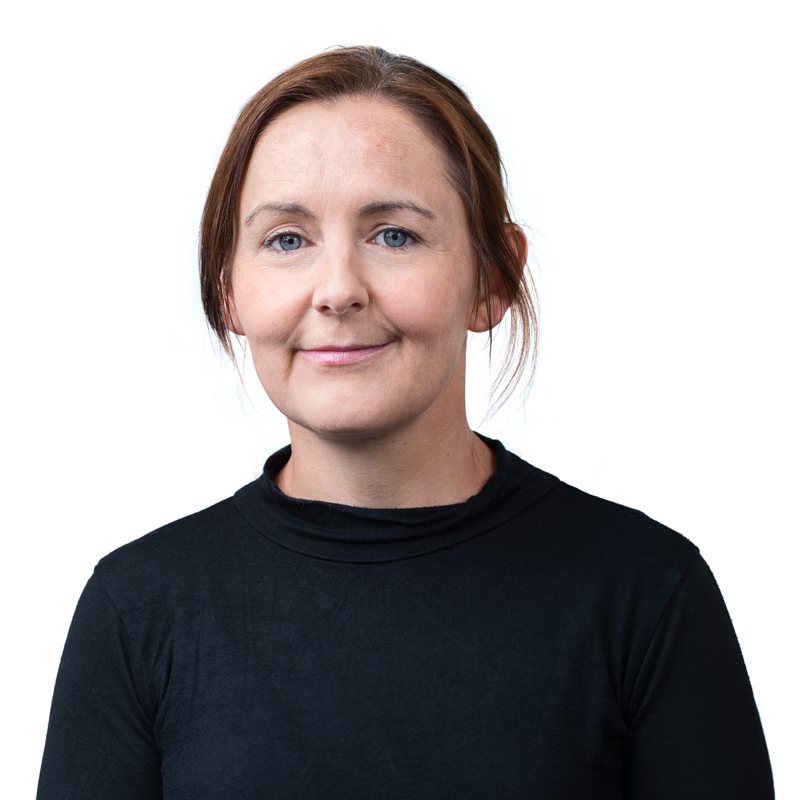 Hannah has worked in Trust and Company Accountancy for a total of 18 years. The last 10 years were spent working for Rothschild Trust where she obtained her CAT qualification and was promoted to accounts executive. During this time she also gained experience within the management accounts department. She has strong accounting knowledge to support all financial aspects within her role at Watts Property.

In her spare time Hannah is a highly motivated mum of two energetic boys. She juggles her time between motherhood, work and house renovations, keeping her on her toes and active at all times. 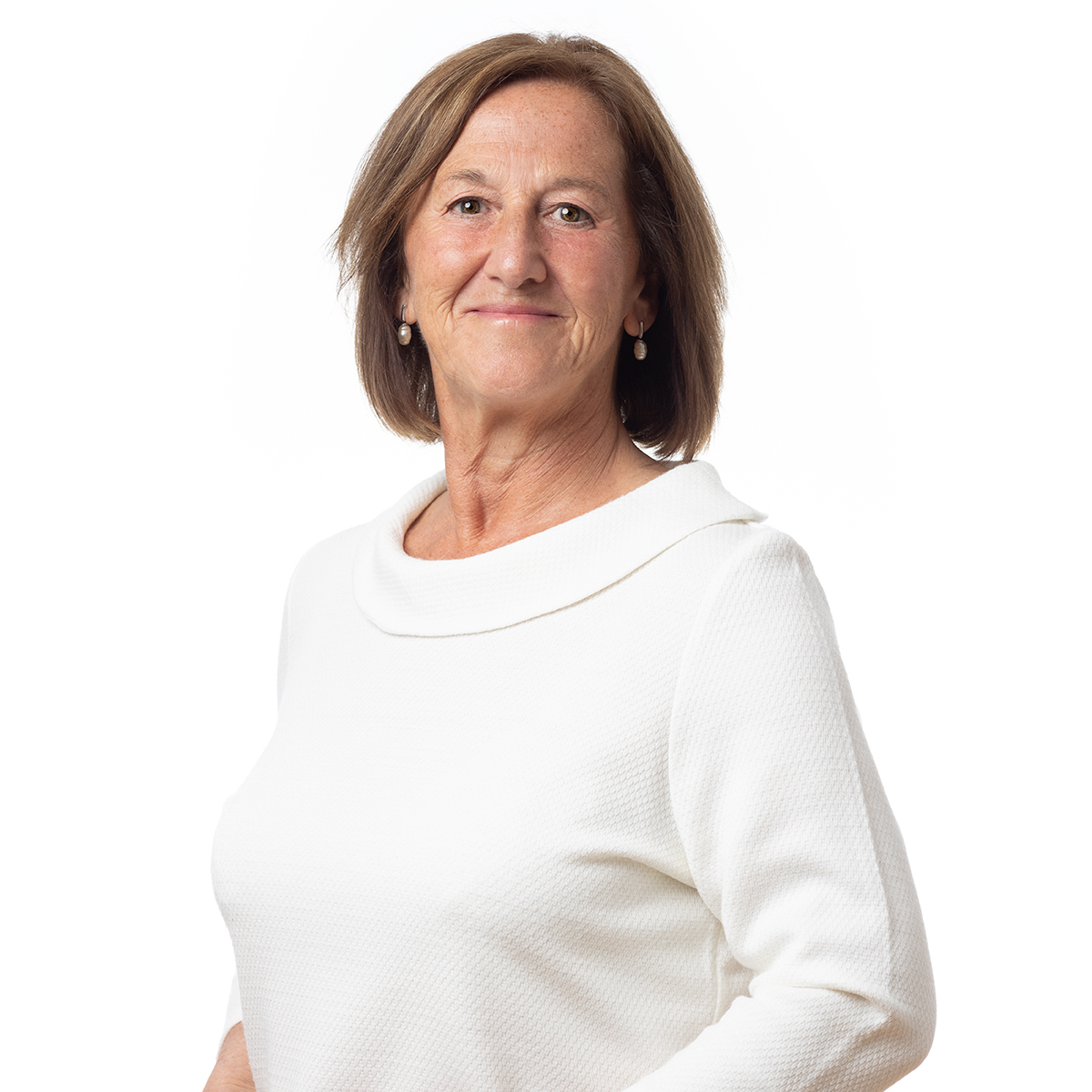 Karen has many years’ experience as a Personal Assistant in the legal and financial sectors often working to tight deadlines whilst supporting senior Managers and Partners.  She is presently enjoying supporting Watts Property Consultants in the preparation and transcription of reports in connection with surveys, both residential and commercial.

She enjoys hiking, both in Guernsey and France. 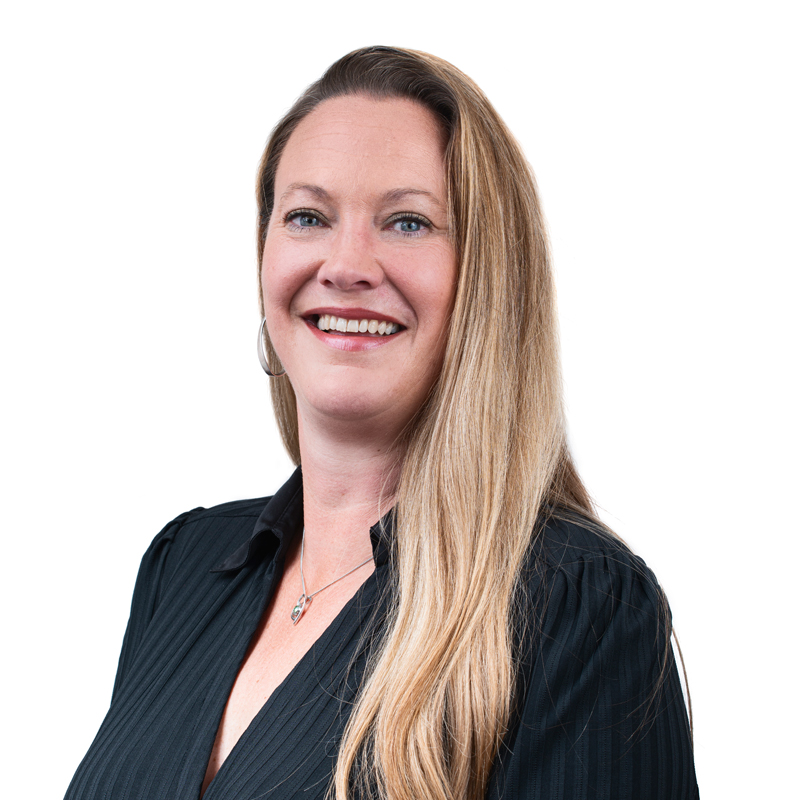 Emma has a wealth of administrative experience spanning more than 12 years.  Having worked in the legal and medical fields as a personal assistant and in other administrative posts, her sunny personality and “can do” attitude contribute strongly to supporting the rest of the Watts Property Consultants' team, enabling them to deliver a service to the highest standard.  Outside of the office Emma enjoys swimming and walking.

Watts Property Consultants give really helpful and practical advice. Turn around times are rapid. They go the extra mile providing valuable assistance and are proactive and progressive. Always up-to-date with current practices and standards.

Watts Property Consultants were quick to understand our needs and our eccentricities and were both creative and energetic in establishing realistic options for us to consider.

I am continually impressed with Watts Property Consultants' thorough and professional service. A genuine pleasure to work with.